Young street vendors get a business boost from Coca-Cola Kwanza 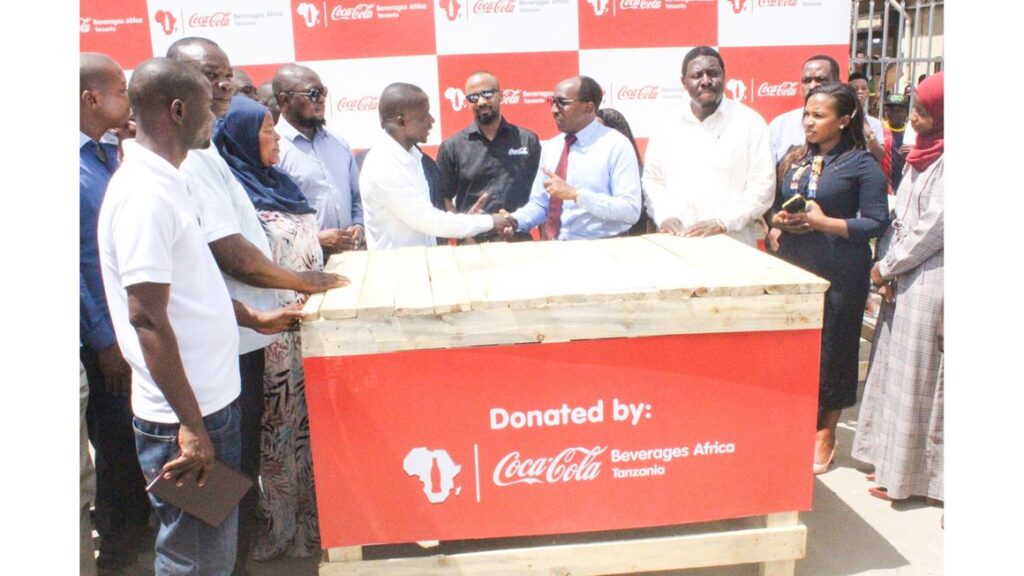 Dar es Salaam. A group of 300 young street vendors are set for greater business success with the addition of benches for their business as well as business and entrepreneurship training from Coca-Cola Kwanza, a subsidiary of Coca-Cola Beverages Africa (CCBA) in Tanzania.

The vendors, all from the Mwenge, Kinondoni district in Dar es Salaam Region, will also be assisted with introductions to micro-lending institutions to enable them to access funding and expand their businesses.

“At CCBA, we use our industry leadership to be part of the solution to make the continent a better place for all and to build a more sustainable future for our planet,” said Coca-Cola Kwanza’s Public Affairs, Communications and Sustainability director, Salum Nassor.

“Our aim is to create greater shared opportunity for the business and the communities we serve across the value-chain. Opportunity is more than just money, it’s about a better future for people and their communities everywhere on the African continent.

“CCBA has adopted the three pillars of education, employability and entrepreneurship as a framework for its economic inclusion strategy.

“We define economic inclusion as the opening of gainful economic opportunities by providing access to markets and other economic activities leveraging the business and the entire industry.

“Our aim is to boost income, provide decent earning potential and improve skills and business knowledge for youth, resulting in them accessing other opportunities.

“We have a particular focus on current or potential entrepreneurs with the possibility to link them to the Coca-Cola value chain today or in the future,”

On his part, Kinondoni District Commissioner Mr. Godwin Gondwe who was also guest of honor said

“On behalf of the government, I would like to express our heartfelt gratitude to Coca-Cola Kwanza Limited for joining government efforts to economically empower our citizens by focusing on women and youth, who constitute most of our country’s population. I call upon other institutions, stakeholders, and non-government organizations to benchmark what Coca-Cola Kwanza Ltd did on working together and support the government’s efforts in finding solutions to community challenges. “

Almost 2 tonnes of plastic waste was collected for recycling during the Children’s Race and the Great Ethiopian Run which took place on Saturday and Sunday , Nov 19 and 20, 2022 in a partnership with PETCO Ethiopia to raise awareness of the need to recycle.
Read More

Soccer fans can live every moment of the biggest sporting showpiece on earth in the thrilling environment of a VIP FIFA Fan Park as the Soccer World Cup gets under way in Qatar this week.
Read More

Investment in recycling increases collection by 10 tons a day

© Copyright CCBA 2022 | All Rights Reserved
Manage Cookie Consent
This site uses cookies to provide you with a more responsive and personalized service. By using this site you agree to our use of cookies. Please read our Cookie Policy for more information on the cookies we use and how to delete or block them. Privacy Centre
Manage options Manage services Manage vendors Read more about these purposes
View preferences
{title} {title} {title}